In Depth Look at Valuable Stamps

Due to its high value, there was little genuine postal demand for the 5/- value, therefore the majority were fiscally used

Therefore collectors must be wary about cleaned fiscals, especially those that had a pen cancel. Some are offered unused while others have had a fake postmark applied. 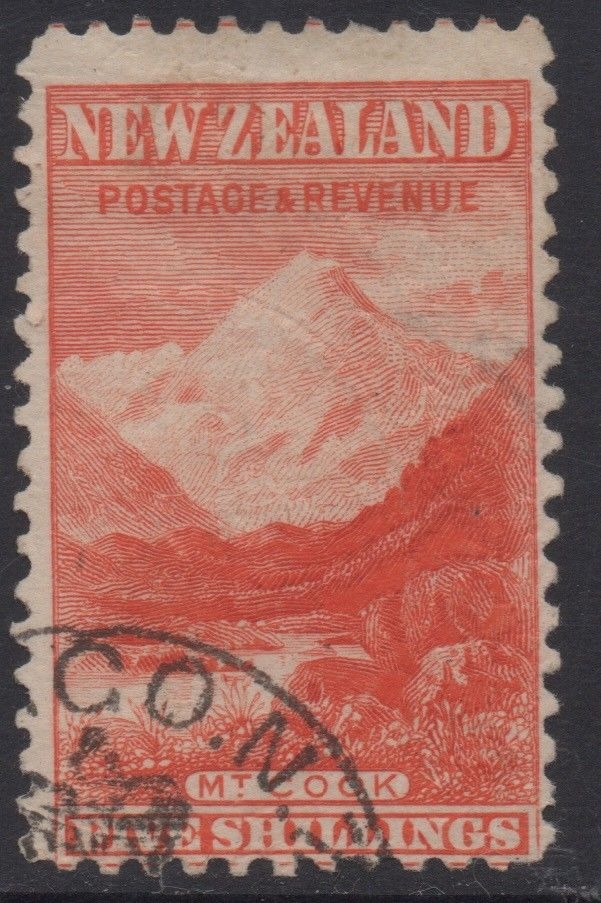 Some stamps used fiscally have a punched hole.

Some fiscal cancellations look very like ordinary postmarks although any cancellation containing a crown is a fiscal cancel. The above illustrated stamp has a Crown cancel, it was fiscally used in Otago. 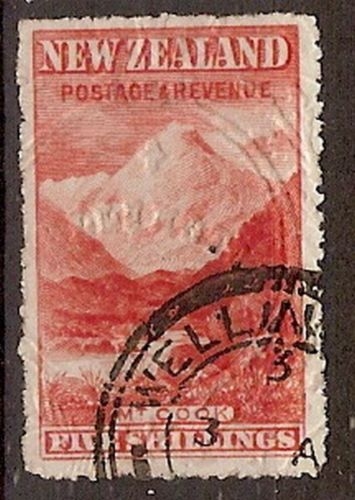 The Stamp below was Genuinely Postally used at Eltham