Imperium Proofs: What Are They and How Much Are They Worth?

Imperium Proofs: What Are They and How Much Are They Worth?

Help and Advice on Stamp Collecting , In Depth Look at Valuable Stamps

What Are They and How Much Are They Worth?

Stamps don’t pluck themselves out of thin air. Before being issued and distributed for postage, they first have to be designed and proofed. This means that a printer has to create a trial run of prints as an example of what the final stamp will look like, so that they can be given the final go-ahead.

Towards the end of Queen Victoria’s reign in the 19th Century, printing company De La Rue began creating what are known as “imperium proofs.” Printed for colonial stamps, they featured the word “Imperium” at the top, instead of the usual name of the colony or country. De La Rue continued to make these proofs until the end of King Edward VII’s reign, and today they’re usually worth more than the stamps they proofed. 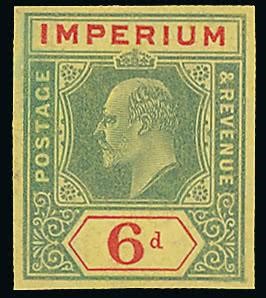 Generally, imperium proofs can sell for anything from one to a few hundred pounds, depending on the condition and rarity. For example, Grosvenor Auctions sold a pair of 1890-91 Queen Victoria 6d imperium proofs in 2015. The guide price for the sheet of two was £350-£400.

And back in 2000, Christie’s auctioned an 1897 Queen Victoria 6d imperium proof, with the estimate being £400-£500. That said, it actually sold for £322, so you should obviously take estimates and guide prices with a pinch of salt when it comes to the actual market value.

Other imperium proof stamps sold by Grosvenor auctions have gone for as little as £95 and £100, while imperium proofs that are still on the original sheet can sell for £500 or £750.

In other words, you rarely deal in large sums when purchasing a colonial stamp from this period that was actually issued and/or used. This isn’t the case with imperium proofs, which can multiply the price by more than ten times in some cases, given that they’re considerably rarer.

Other Types of Proof 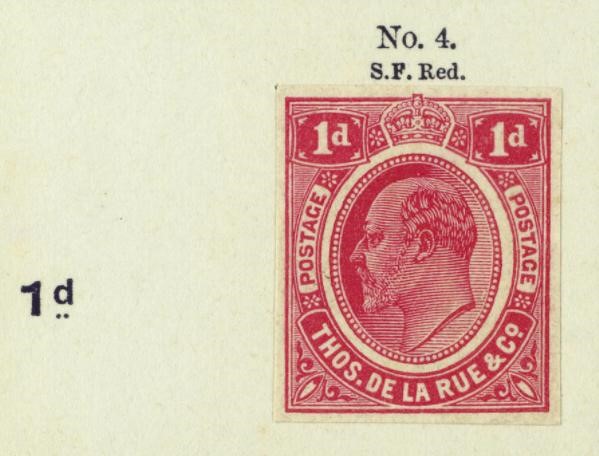 Of course, imperium proofs aren’t the only types of colonial proof a stamp collector is likely to come across. In fact, they aren’t the only proofs De La Rue produced during the same period.

To take another example, there are also the De La Rue & Co. ‘Nyasaland’ type proofs produced during this period. These bear the inscription “Thos. De La Rue & Co.” at the bottom (in place of the colony’s name), with the “Thos.” being shorthand for “Thomas,” as in Thomas De La Rue.

Unsurprisingly, other printers besides De La Rue created their own proofs. There are also the ‘Bradbury, Wilkinson & Co.’ proofs, which are also from the early 20th Century. Dating from around 1900 and featuring King Edward VII, these can sell for £100 and beyond.

Then there are the ‘Overseas Dominions’ proofs featuring an image of Britannia, which also date from the early 20th Century and can sell for several hundred pounds.

However, it’s worth noting that not all proofs feature some obvious hallmark, such as “Imperium” or “Thos. De La Rue & Co.” Others may be blank, with no value or labelling, while others may include the value and colony/country. This is the case with King George VI essays printed by Waterlow and Sons from 1937 onwards. These feature the stamp’s design, but with no monetary value or writing. In the case of this particular essay, this was because they were never actually used in an official issue of postage stamps.

Regardless, it’s worth examining new stamps you acquire closely, for any telltale signs that they might be a proof. Such signs can comprise a lack of perforation (i.e. the stamp is imperforate), or in some cases they can be printed on materials other than the usual paper (such as card).

And one obvious telltale sign is that, since proofs themselves were never actually used for postage, all surviving proofs remain in mint condition.