In Depth Look at Valuable Stamps , Stamp News and Views

One thing philatelists learn quickly on the job is that no stamp is perfect. Not only do the individual stamps we handle come in varying conditions, but most stamps issued throughout history have variations involving printing errors. These errors are what makes philately so interesting, and also what can make certain stamps so valuable.

Coming across a stamp with a printing error variation is often exciting. But what’s even more exciting is discovering a printing error that isn’t even listed in any stamp catalogues. This has happened to us recently on three occasions.

The first was an example of a Gambia King George V 1912 1/2d Green with a deformed ‘B’ in the word ‘GAMBIA.’ The second was a British Virgin Is 1887-89 6d Dull Violet with a reversed watermark. Lastly, the third was a used Gibraltar 1960 10s Yellow & Blue SG172 with an extra petal on one of the flowers of its design.

As we’ll detail below, finding an error is simply a case of carefully examining the stamps which come into your possession. Generally, you’ll also need to send suspected printing errors away to Stanley Gibbons for confirmation. That said, even if Stanley Gibbons doesn’t officially list the error in its catalogue, you may still be able to sell the stamp as an error stamp, assuming you have evidence of the error appearing on other stamps.

Ordinarily, the Gambia King George V 1912 1/2d Green isn’t a valuable stamp. Because they were printed in large numbers, unhinged mint examples of the 1/2d Green generally sell for a few pounds online, so they aren’t the most sought-after or prized stamps ever produced by the British Commonwealth.

However, this isn’t necessarily the case if you find a variation of the 1/2d Green with a printing error. This is exactly what happened to us at Empire Philatelists, when we examined five examples of the stamp that came into our possession.

In particular, we noticed a deformed ‘B’ in the ‘GAMBIA’ at the top of the stamp. The bottom of the ‘B’ had a triangular ‘nick’ in it, as if there had been a lack of ink on the printing plate at that particular spot. 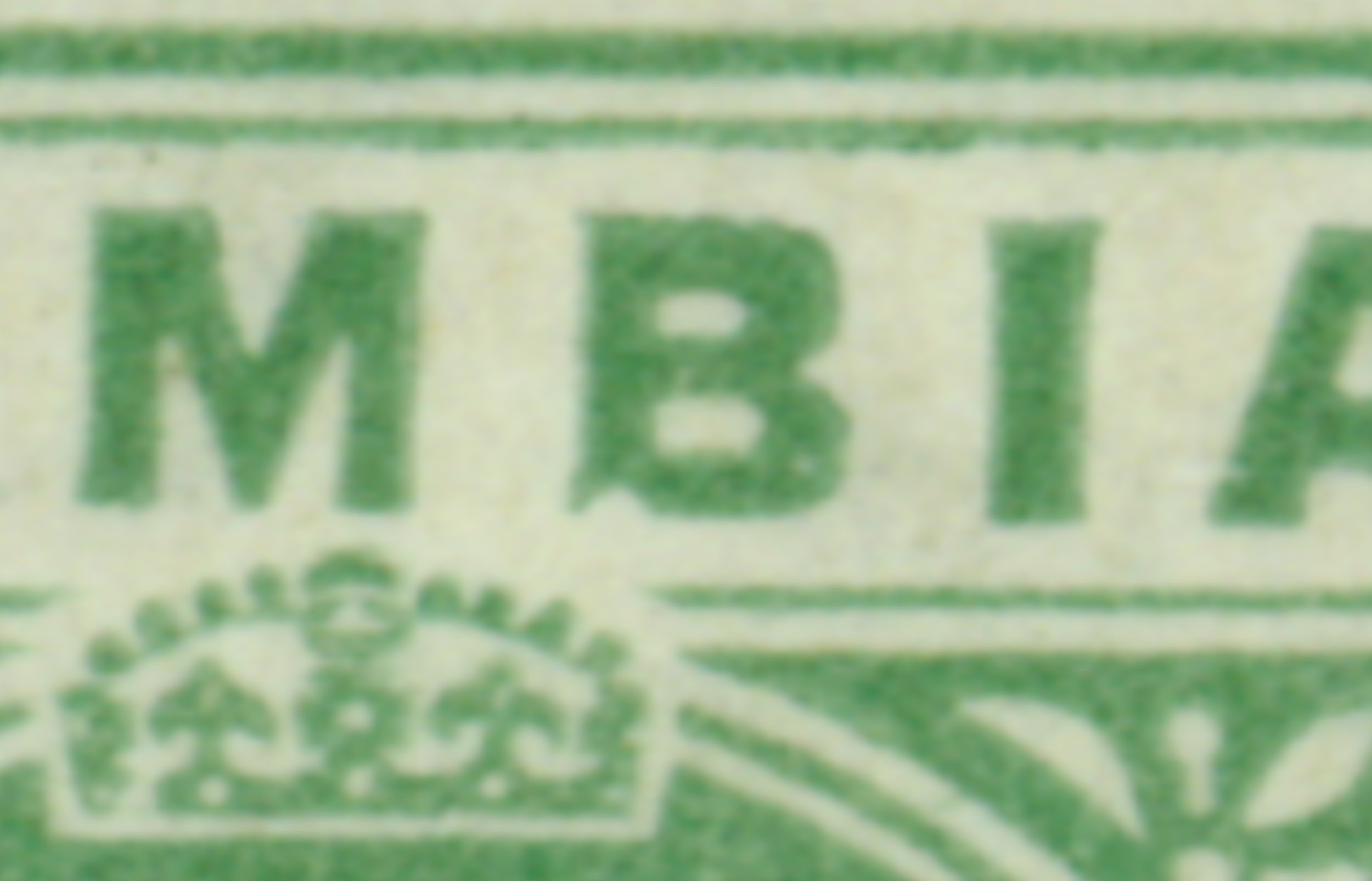 Suspecting that we had found a genuine printing error, we sent the stamps away to Stanley Gibbons for confirmation. While Stanley Gibbons agreed that it is a constant printing error, they haven’t yet included it in their catalogue, since they cannot yet determine its sheet position. Nonetheless, they did write about the error in an issue of Gibbons Stamp Monthly.

Likewise, we have encountered the same error on other examples of the Gambia King George V 1912 1/2d Green, so it’s clear that it is a constant printing error. 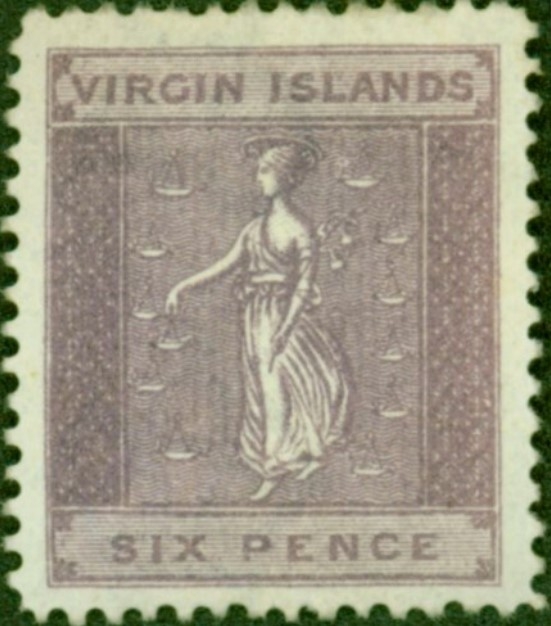 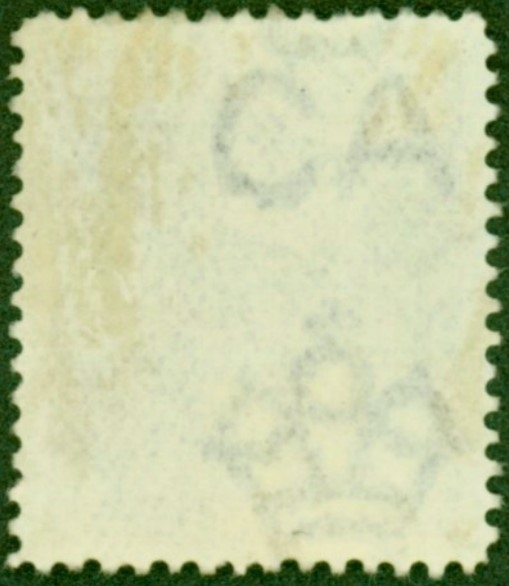 Ordinarily, examples of the Virgin Islands 1887-89 6d Dull Violet stamp sell for around £30 when in a fine used condition. However, when examining the back of one particular example of the stamp, we realised that its watermark was reversed.

Usually, the ‘CA’ watermark is visible on the rear of the stamp in inverted form, so that you read it as ‘AC.’ but we quickly saw that our example of the stamp had the watermark visible as ‘CA.’

Once again, we sent the stamp away to Stanley Gibbons. They agreed that it’s a definite printing error, and in this case they have listed the stamp in the 2020 edition of their Commonwealth and British Empire catalogue. 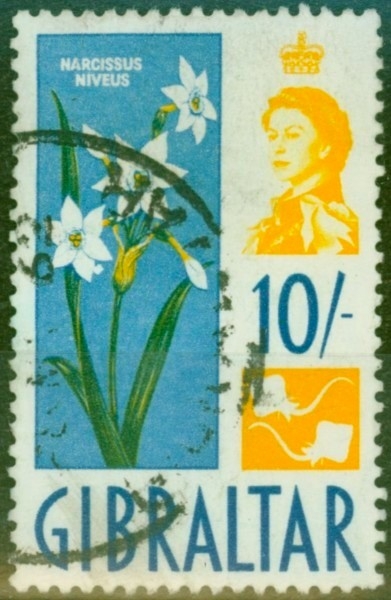 As our third and final example of a stamp printing error, we most recently discovered a Gibraltar 1960 10s Yellow & Blue (SG172) with an ‘extra petal’ on one of the flowers of its design. As with the two stamps featured above, the Gibraltar 1960 10s Yellow & Blue normally doesn’t sell for an awful amount, going for upwards of £10 when in a good mint or used condition.

However, we also sent this one off to Stanley Gibbons. They agreed that the error was catalogue-worthy, provided they can determine its sheet position. It’s also due to be featured in Gibbons Stamp Monthly magazine.

As you can see in the image above, the ‘extra petal’ isn’t, strictly speaking, a petal. Instead, a printing error has produced a white blotch that kind of looks like a small petal, given the colour involved. Regardless, it’s a genuine printing error, and likely to increase the stamp’s sale value considerably.

The Difference between A Printing Error and A ‘Blemish’

Given that philatelists and stamp collectors deal with decades-old pieces of paper, it’s not unusual to encounter errors and abnormalities on stamps.

However, while some errors are genuine stamp printing errors, others may be accidental ‘blemishes’ or examples of damage. The question is: how do you know you have a real printing error on your hands, and not some random scuff or scratch a stamp has picked up?

Well, as Empire Philatelists’ MD, Stuart Chandler, explains, the distinction comes down to whether an error is recurring, or simply a one-off.

“There are many stamps that one finds with some kind of small blemish, printing error, and so on. These are not ‘constant’ varieties, but simply a print error on one single stamp which is not repeated on other sheets/print runs.”

For this reason, if you think you’ve discovered a genuine printing error, you should first try searching the internet for other examples. If you find others, then you most likely have found a ‘constant’ error.

Even so, it’s still a good idea to send off your stamp to Stanley Gibbons for confirmation. If they can confirm it, and if they can even list it in their catalogue, it will improve your chances of selling the stamp for a higher price.