Brunei is located on the north coast of the island of Borneo, in Southeast Asia. Apart from its coastline with the South China Sea, it is completely surrounded by the state of Sarawak, Malaysia, and in fact it is separated into two parts by Limbang, which is part of Sarawak.

The first stamps of Brunei were the 1895 "Star and crescent" set, long considered to bogus but subsequently shown to be genuine, although valid only for mail within the state and to Sarawak and Labuan.

In 1906 stamps of Labuan came into use, overprinted BRUNEI. In 1907 a set inscribed BRUNEI POSTAGE & REVENUE was issued showing a boat on the River Brunei. This set remained in use until 1949 during which time it went through many different printings. 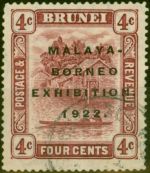 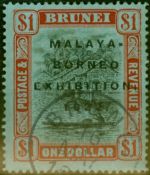 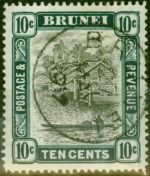 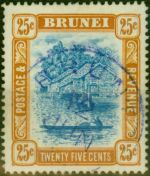 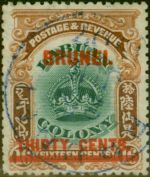 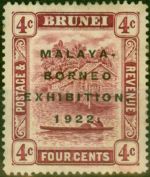