At the time of independence in August 1947, the country inherited a divided postal system established by the British rulers. The new system started operating under the Post Office Act no VI of 1898. The post office was part of the joint Department of Posts and Telegraph of the Ministry of Communications. Though the Office of the Postmaster General became operational at Lahore from 15 August 1947, British Indian stamps continued to be used without an overprint as was the practice in other countries

On October 1, 1947, the government released its first stamps, being from the 1940s British India series of King George VI stamps overprinted with the word Pakistan. 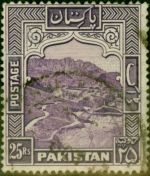 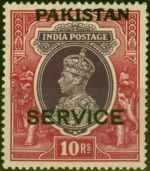 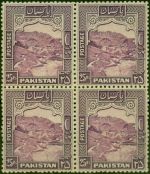