Rhodesia was named after Cecil John Rhodes, whose British South Africa Company acquired the land in the 19th Century

In 1964 Southern Rhodesia declared itself independent as Rhodesia, which in 1980 became the Republic of Zimbabwe and was recognized by the United Kingdom as such 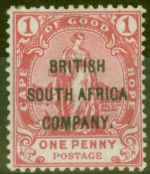 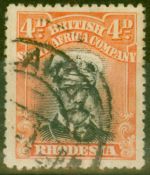