Southern Rhodesia was the name of the British colony situated north of the Limpopo River. 1st Stamps issued 1924.

In 1964 Southern Rhodesia declared itself independent as Rhodesia, which in 1980 became the Republic of Zimbabwe and was recognized by the United Kingdom as such 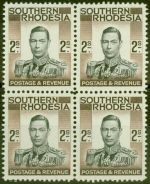