Tonga is an archipelago in the South Pacific Ocean

The postal history of Tonga can be traced to 1886 when the first Tongan stamp, 1 penny, was issued in 1886 which depicted George Tupou I of Tonga.

In the early part of the 20th century, philatelists began seeking out postal cancellations from Niuafo'ou, a volcanic Tongan island. Since Niuafo'ou lacked a deep water harbor to accommodate ships, postal deliveries were received via the so-called "Tin Can Mail", a system of having mail thrown overboard in biscuit tins and retrieved by local swimmers

In 1963, Tonga issued the world’s first self-adhesive stamps. The stamps were circular in shape and printed on embossed gilt-foiled paper, thus matching the design of the coins being commemorated. Subsequent philatelic issues employed other off-beat designs including stamps shaped like hearts, birds and fruit.

Tonga continued to issue self-adhesive stamps printed on paper, however, many of the stamps were too big for placement on conventional mailing envelopes. Tonga’s unusual postage stamps have become popular with philatelists around the world 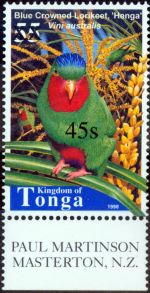 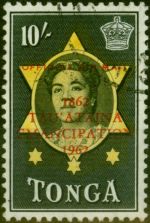 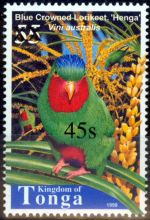 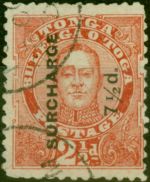 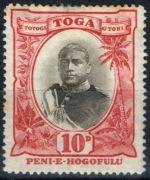 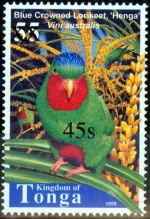