These stamps were unusual in that only a short while after their issue the illegal Republic of South West Africa was declared independent becoming Namibia. As the stamps were new most of the designs were kept with only the name changed (cuprite was dropped and willemite added for the Namibian issue). Another problem was that one of the stamps - the boltwoodite one - had an error in its chemical equation. This was corrected in the Namibian issue 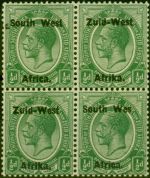 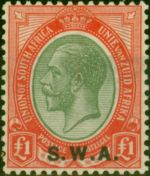