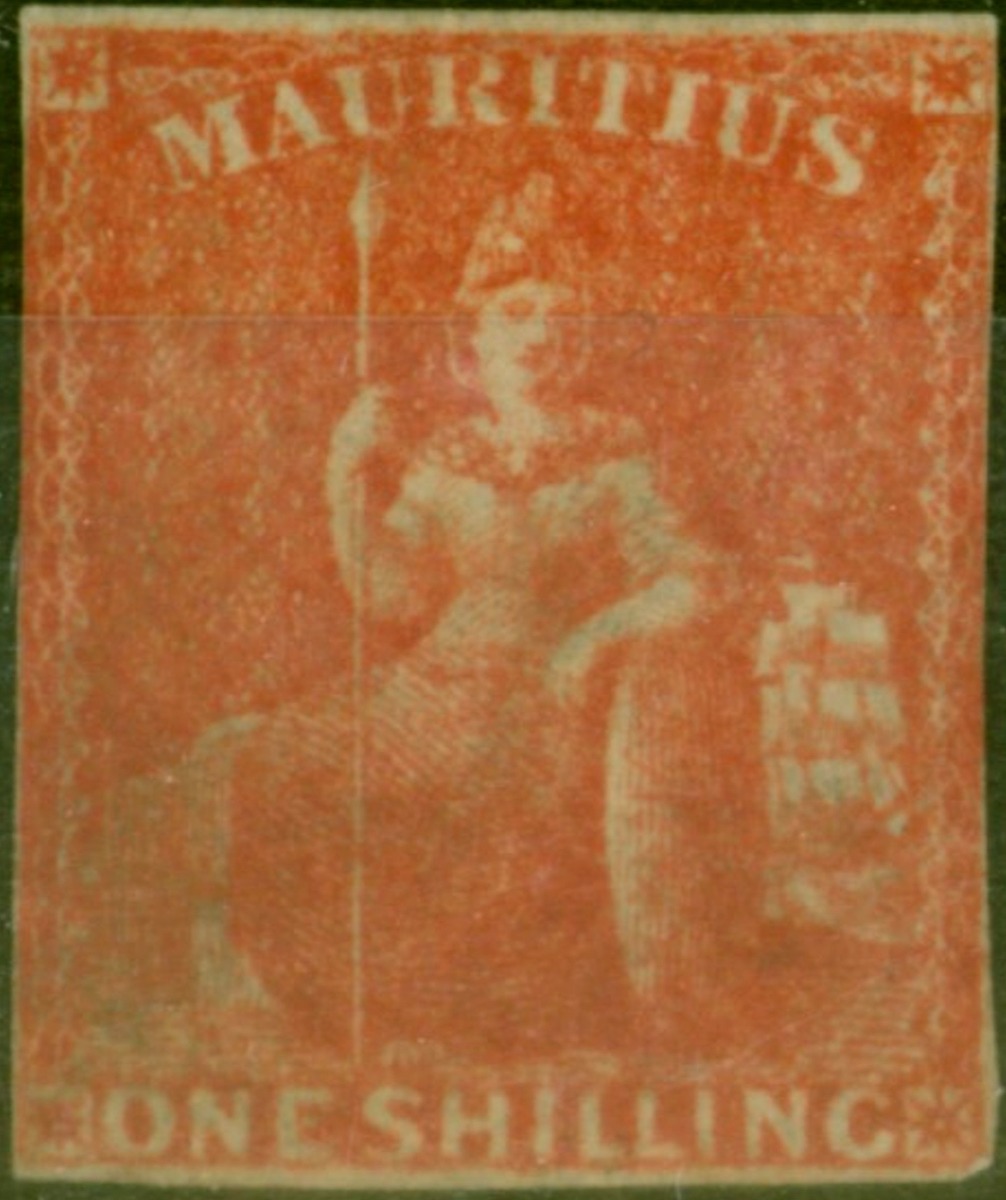 Mauritius, the beautiful tropical island nation situated in the Indian Ocean off the south-east coast of the African continent, is known for having issued the most famous and sought-after stamps in the world, highly prized by collectors. An orange-red one penny (1d) and a deep blue two pence (2d) were issued by the British Colony Mauritius in September 1847, the first official stamps issued in any part of the British Empire outside of Great Britain.

Postage stamps were at the time a very new concept, and only a handful of countries were using them (Mauritius was the fifth country in the world to do so). The better-off residents of Mauritius, which was a British colony, would have seen the first British stamps – the Penny Black and Twopenny Blue. The 1d Mauritius stamp would probably have been black, too, but crafty folk were re-using these stamps as the black postmark was difficult to see on the black stamp, so the British Post Office had altered the colour of the 1d stamp to red-brown in 1841.

The Mauritius ‘Post Office’ stamps rank amongst the most notable and important of all philatelic rarities: only 14 (including two unused) of the 1d stamp and 12 (including four unused) of the 2d are known to exist today – though inevitably there are forgeries in circulation.

The so-called ‘Bordeaux’ cover, bearing both the 1d and 2d stamps, unused, has been called “la pièce de résistance de toute la philatélie” (‘the greatest item in all philately’). The cover was sold at auction in 1993 for 5.75 million Swiss francs, equivalent to nearly £5 million.

The French took control of the island in 1715 and renamed it ‘Isle de France’; in 1810 the British captured the island from France and changed its name back to Mauritius. It was then a British Crown Colony until March 1968.

Mauritius's Postal Department was first established during the French colonial period by Pierre Nicolas Lambert, the King's printer, in 1772. Lambert published a newspaper which he delivered to his subscribers with the added bonus of having inland mail distributed once a week. He also dispatched and delivered overseas mail but these were rudimentary services. It wasn't until after the island came under British rule that a more sophisticated postal service was established, in April 1834.

The design and colours of the 1d and 2d stamps, bearing the profile head of Queen Victoria, were based upon those of Great Britain of the same period, although they are not accurate copies and are distinguished by their more primitive design. Their popular name originates from an inscription in the left margin on the stamps reading ‘Post Office’.

Legend later had it that the application of the words ‘Post Office’ had been a mistake by Joseph Barnard, the engraver and painter of miniatures who was tasked with inscribing the plates for the stamps. However, stories surrounding Mr Barnard and the stamps have since been proven to be unreliable by philatelic scholars, and the ‘Post Office’ inscription was most likely intentional because this was the legal denomination of the government department concerned. This wording was however amended in the next issue in 1848 to ‘Post Paid’, thus rendering the earlier stamps rare and – subsequently– eminently collectible.

The stamps were printed using the intaglio method, where the lines to be printed are cut into a metal plate. They bear the engraver's initials ‘JB’ at the lower right margin of the bust. (A fascinating aside is the way in which Joseph Barnard, an Englishman of Jewish descent, arrived in Mauritius in 1838: he was a stowaway, thrown off a commercial vessel bound for Sydney.)

Many of the ‘Post Office’ stamps were used on invitations to a grand ball organised by Lady Elizabeth Gomm, the wife of Sir William Maynard Gomm, then Governor of Mauritius. While the surviving stamps are mostly in the hands of collectors, some are on public display in the British Library in London, including the envelope of an original invitation to the Governor's ball complete with a stamp. Another example is included in the Royal Collection of Queen Elizabeth II.

Whilst the two ‘Post Office’ denominations of 1847 are the most valuable collectible stamps in the world today, there are also some other famous stamps of Mauritius known as ‘primitives’, some printed from Barnard's original printing plates of 1848 and others re-engraved by local engravers Jules Lapirot and Robert Sherwin. They continued to feature the Queen’s head. A 2d stamp crudely engraved by Jules Lapirot and issued in 1859 has been described as "the greatest libel upon Her late Majesty Queen Victoria that has been ever been perpetrated”. In France it was nicknamed as the tête de singe (monkey head) issue. In 1859, the original ‘Post Paid’ 1d and 2d printing plates were re-engraved by Robert Sherwin, though only the 2d stamps were issued.

The Mauritius ‘Post Office’ stamps didn’t come to the attention of collectors until 1864 when Mme. Borchard, the wife of a Bordeaux merchant, found copies of the 1d and 2d stamps amongst her husband's papers. She traded them to another collector. Since then, the stamps have become the ultimate prize for many collectors, and they change hands at stupendous prices.

A well-known story tells how the future King George V paid £1,450 for an unused blue 2d ‘Post Office’ at an auction in 1904, which was a world record price at the time. The following day, one of his secretaries mentioned that "some damned fool" had paid a huge amount of money for a single postage stamp – to which George responded, "I am that damned fool". A century later the Mauritius blue was estimated to be worth £2 million, so perhaps he wasn’t such a fool.