Most Valuable Stamps of the British Commonwealth

Most Valuable Stamps of the British Commonwealth 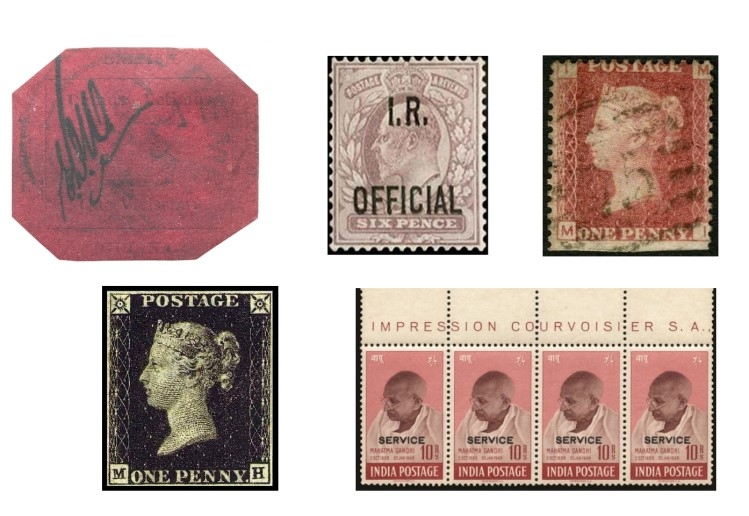 The British Commonwealth has produced many valuable stamps over the years. Some, obviously, are more valuable than others, with rarity usually being the most important factor in deciding just how much a stamp is worth. 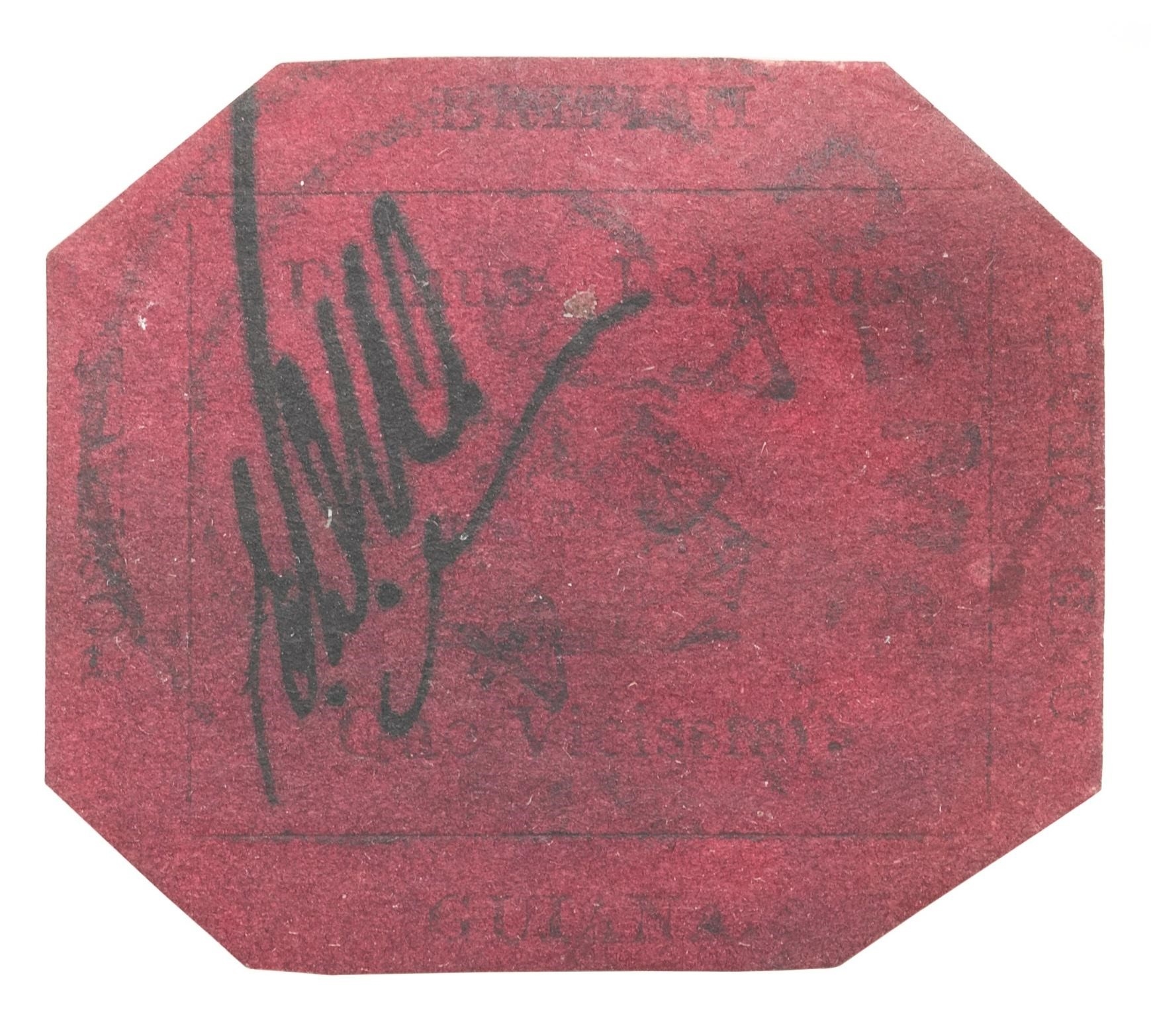 The “rarest stamp in the world,” the British Guiana 1c Magenta was first issued in 1856. It’s a square, cut to an octagonal shape, stamp that was printed in very limited quantities in the West Indian colony, following an unexpectedly small shipment of stamps from Great Britain. Wanting to make up for the shortfall, British Guiana’s postmaster sought help from the local newspaper, the Royal Gazette, which used its printing press to create a small run of one-cent stamps (for sending newspapers) and four-cent stamps (for sending letters).

All of these stamps were recalled by the postmaster within around ten weeks of issue. Since then, numerous examples of the four-cent stamp have survived, given that they were used for letters, which are more likely to be saved. However, only one example of the one-cent stamp is known to exist. Most recently owned by billionaire chemical company heir John Du Pont, Sotheby’s auctioned it in 2014 for a record-breaking price of $9,480,000. 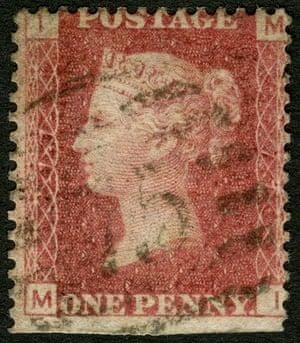 The Penny Red is the longest-running postage stamp Great Britain ever produced. In fact, depending on the type of Penny Red you have in your possession, it’s also one of the most valuable.

Issued from 1841 to 1879, the Penny Red was printed using 173 different plates. The most famous of these is now plate 77, which was very quickly discontinued due to the lower quality of the stamps it produced. As a result, Royal Mail never put any of the Penny Reds printed using plate 77 into circulation. 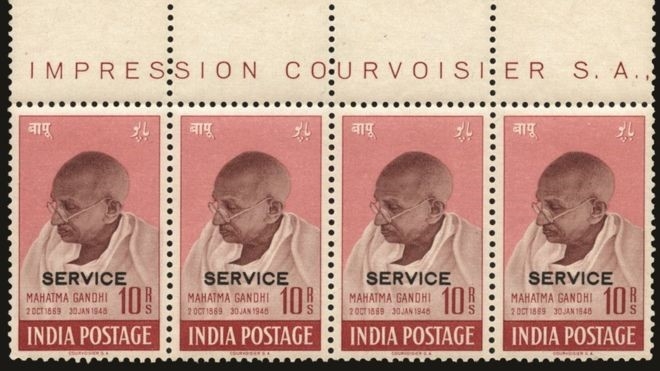 India became an independent dominion within the British Commonwealth in 1947, before becoming the Republic of India in 1950.

During this brief period between colonisation and full independence, India printed a series of stamps featuring the image of Mahatma Gandhi. The most valuable of these is the 10-rupee Purple Brown and Lake stamps, with a “Service” overprint. Only 13 of these stamps are known to be in circulation, with a block of four being sold to a private Australian collector in 2017 for £500,000. Previously, Stanley Gibbons had sold a single example of the stamp for £160,000 to a private client in Uruguay. 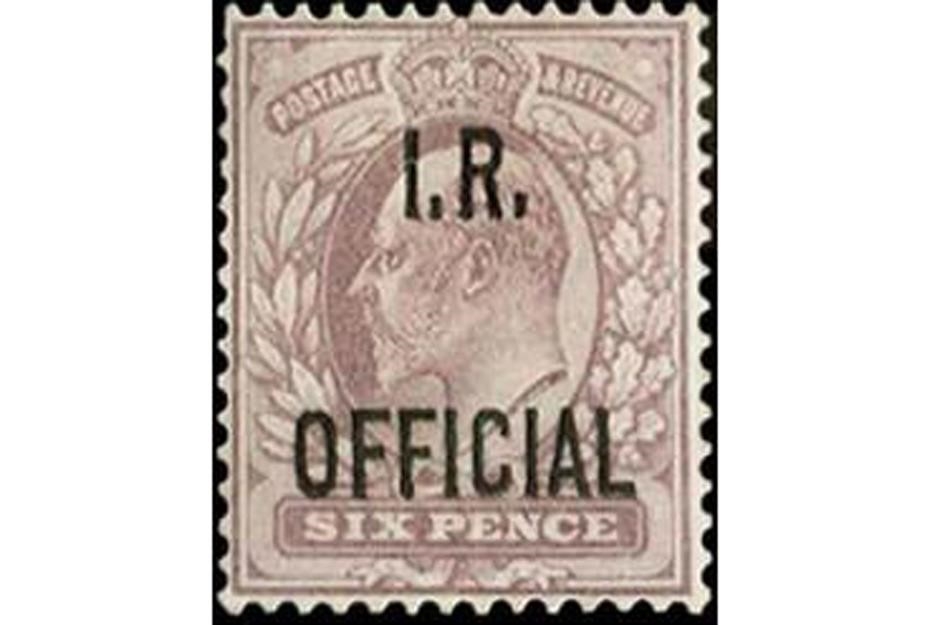 Withdrawn on the very same day it was issued, the 6d Pale Dull Purple is often referred to as Britain’s rarest stamp. It features an overprint reading “I.R. Official”, meaning that the stamp was intended only for use by the Inland Revenue Service and other government departments. However, after the conviction of several prominent philatelists for the then-illegal ownership of stamps bearing this overprint, they were all withdrawn in 1904.

This withdrawal happened to take place on the day the 6d Pale Dull Purple was first issued. Only 19 sheets of the stamp are thought to have been printed, and all of them were supposed to have been destroyed. However, at least one specimen survived, and it was auctioned for £400,000 in 2010. 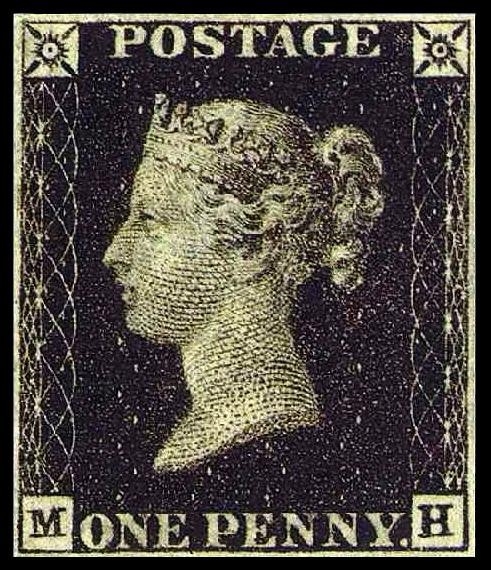 The world’s first adhesive stamp used for public postage, the Penny Black was first issued on May the 1st, 1840, featuring a portrait of Queen Victoria engraved by stamp printer and engraver Charles Heath. The stamp was issued in bulk, so many examples still survive today, making most Penny Blacks not especially valuable compared to other highly rare and valuable stamps.