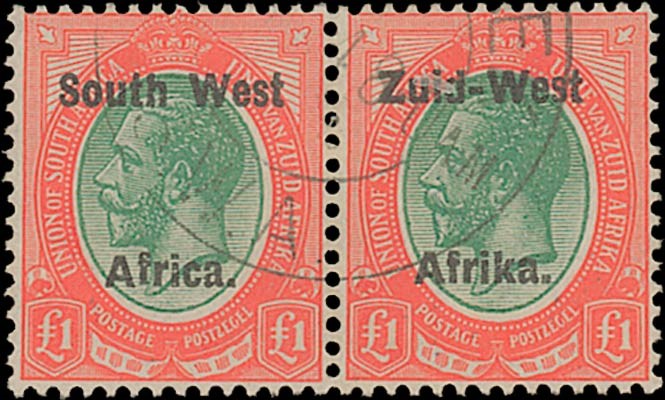 'Madam Joseph' first became known for forging superb cancellations in England during the first half of the 20th century. (A cancellation is a mark applied on a postage stamp to deface the stamp and prevent its re-use.  It is technically distinct from the postmark, which indicates the time and date of receipt by the postal office, though the two terms are often – if wrongly – used interchangeably.) Her historical character and origin have remained a much-debated enigma amongst philatelists to this day. So little known is known for certain about her true identity or indeed her personal life that, over the years, a host of theories have been put forward, none of which has ever been successfully proven.

Madame Joseph is generally thought to have been a London-based stamp dealer who was possibly of French or Belgian nationality. A major supplier of stamps, she ran a second and illicit line of business forging cancellations dating back to World War I, mainly for British Commonwealth pieces. Although her Christian name has never been established, she signed her surname 'Joseph' perhaps – as some believe – to shield her true identity.

Having said that, philatelic forgery at that time was seen largely as a male domain, so speculation continues as to whether Madame Joseph was actually the legendary forger, and her true identity remains a lively mystery in the minds of many philatelists. Was she acting as the 'front' to the business, whilst her husband was in fact doctoring the stamps? Or maybe she did not exist at all, and ‘Madam Joseph' was merely a pseudonym behind which lurked a collaborative group of forgers?

As baffling as the identification of Madame Joseph may be, she undoubtedly figured prominently at a time when forging cancellations on genuine stamps was immensely lucrative: a used stamp was more valuable to a collector than a mint copy. 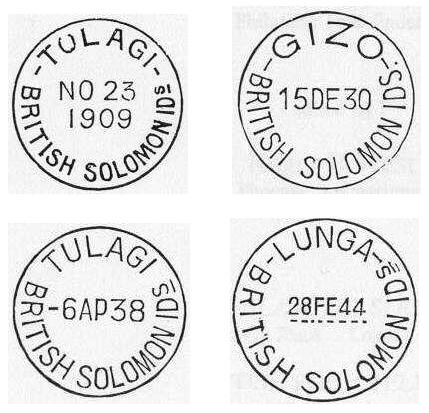 It was possibly the sophisticated techniques and artistic detail that she applied to forging cancellations that brought Madam Joseph to the attention of unscrupulous stamp dealers, who could increase (even double) the value of their mint stamps by applying a convincing cancellation mark. A well-positioned cancellation might also be used to hide damage that would otherwise reduce the stamp’s value to a collector. She became well-known in the stamp trade for offering this service, albeit her business was officially described as 'repairing' stamps. As well as undertaking these forgeries herself, she would sell or rent postmarking tools to others in the same crooked line of business.

Madam Joseph is reputed to have used more than 400 cancels (fake handstamps) during the early 20th century, mainly applied to British Commonwealth stamps. The quality of her counterfeiting work can be seen from the fact that, having started in the business during World War I, her forgeries were still passing undetected over 70 years later.  Examples acknowledged as Madam Joseph's cancellations include:

Though unsubstantiated, Madame Joseph is also purported to have provided forged documents from her Charing Cross Road premises for members of the French Resistance during World War II.

Madam Joseph's forged cancellations went into circulation all over the world, taking in the most astute stamp collectors. This naturally came to an end with Madam Joseph's demise in the late 1940s. The latest cancellation attributed to her is dated 1949. Her instruments of forgery, however, are another matter altogether. Passing through a number of philatelists' hands, they eventually ended up in 1990 with Clive Santo whose late father had been a stamp dealer. The Royal Philatelic Society in London, interested in buying the collection, was initially unable to raise sufficient funds to purchase the entire paraphernalia from him. Disappointed and frustrated, they resorted to producing handbooks of Madame Joseph's fake postmarks to enable collectors to identify them.

However, in the early 1990s, the retired stamp dealer Derek Worboys purchased the remaining tools from Clive Santo in order to prevent their further use. Today, the whole collection resides in the museum of the Royal Philatelic Society in London.

Tools of the Trade

During the time Madam Joseph's forgery business was in operation, there were many different types of handstamps used to cancel postage stamps. Most consisted of heavy bars and cork impressions that, when applied, often obscured almost the whole mint stamp, affecting their readability.

Madam Joseph's tools, however, produced images of a much better quality. Many cancels were made from wood, hand-carved to a very high standard; some were believed to have been made in France, others came from as far afield as Mexico and Belize in Central America. Other cancels were constructed from zincograph or copper plated. Her cancellations commonly included the date, post office location, and lines or bars designed to deface the stamps.

The circumstances surrounding Madam Joseph's 'occupation' will continue to raise questions amongst philatelists in generations to come. Acknowledged as a 'stamp dealer', the details and true extent of her alternative business services remain cloaked with mystery. Today, Madam Joseph's cancellations command value in their own right – some are worth more than the real thing – and undoubtedly, as far as the world of philatelic forgery is concerned, she has well and truly put her stamp on it.

If you would like to discover more about Madam Joseph and her individual cancellations, there are two excellent books, “Madame Joseph Forged Postmarks”, by Derek Worboys, Roger West & Robson Lowe, published in 1994, and “Madame Joseph Revisited”, by Brian M. Cartwright, published in 2005.