Rocket mail. No, this isn’t the name of a fancy new email service. Rather, ‘rocket mail’ is the term used to describe any attempt to deliver mail via a rocket or projectile.

Sounds crazy, right? Well, maybe, but this didn’t stop a number of wild-eyed engineers from trying to shoot letters across the sea or over land in the first half of the 20th Century. And it also didn’t stop Britain’s General Post Office from being taken in by one of these engineers, who briefly convinced it that rockets could be used to transport the post onto Scottish islands and other hard-to-reach areas.

But as you’ll see in this article, such experiments ultimately proved fruitless. Although they did give birth to a whole new range of collectable items.

The idea of rocket mail emerged in the early 19th Century. In 1810, German author and Berliner Abendblätter editor Heinrich von Kleist wrote an article proposing the use of artillery batteries to launch shells packed with letters to preselected locations on the ground.

Despite his ideas not being taken up, the concept of rocket mail remained, and in 1870 Frenchman J. D. Schneiter applied for the first rocket mail patent. It was granted the following year, yet Schneiter never used the patent, since his idea had been to fire rockets with messages during the Franco-Prussian War, which had ended in January 1871.

Finally, in the late 19th Century, Tonga became the first country in the world to use actual rockets to transport mail. In 1882, the Tongan postal service had already begun using tin cans to deliver mail to the island of Niuafo'ou, which was difficult to access due to its remoteness and choppy waters. Then, as the century drew to a close, British inventor Sir William Congreve began trialing the use of rockets he had designed.

Unfortunately, the rockets – leftovers from the New Zealand wars of 1845 to 1872 – were unreliable. Even though they could in theory travel two miles, they often veered wildly in various directions and would sometimes break open on impact. As such, the trials were soon abandoned.

Eventually, attempts to fly mail via rocket encountered relatively more success in the first half of the 20th Century. Austrian engineer Friedrich Schmiedl successfully conducted a rocket mail test in 1928, before transporting just over 100 letters between two Austrian towns in February 1931. Schmeidl managed to carry out numerous other rocket deliveries between Austrian alpine towns over the next two years. However, the Austrian Post Office prohibited private mail services in 1934, and Schmeidl destroyed all records of his research at the outbreak of World War II in 1939, so that his work couldn’t be used in the development of military rockets.

In neighboring Germany, engineer Reinhold Tiling also managed to conduct a number of successful rocket mail flights in the late 1920s and early 1930s, before tragically dying as a result of a gunpowder explosion at his workshop in 1933. His compatriot, Gerhard Zucker, gained more notoriety as a champion of rocket mail, although most of his experiments and trials in Germany were unsuccessful. However, in 1934, he emigrated to Britain, where he formed the British Rocket Syndicate with fellow German C.H. Dombrowski. Significantly, Dombrowski was a stamp dealer, and it was in fact from philatelists that much of the funding and impetus for rocket mail came, since they wanted not only to create a new kind of collectible, but to corner the market in it.

Unfortunately for Zucker, a rocket carrying a large batch of prepaid letters from the Scottish mainland to Scarp Island exploded a month later. Another rocket exploded a few days later, while in December of that year a third test rocket exploded. These successive failures ultimately resulted in Zuckerb being deported back to Germany by the British government, as a “threat to the income of the Post Office.” Upon arriving in Germany, he was arrested by the Gestapo, and after the war he faded into obscurity. 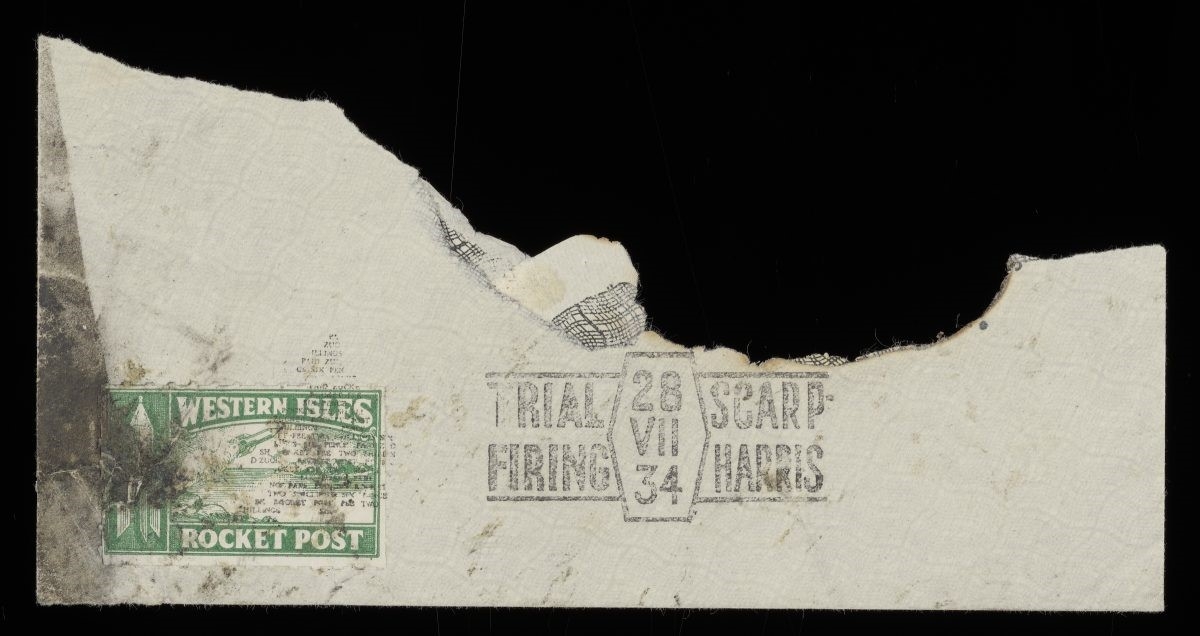 Since Zucker’s failures, other individuals had varying levels of success in trialing rocket mail. In India, Stephen Smith performed over two hundred rocket mail flights, beginning in 1934 and ending in 1951, with his death. Most of these were successful, and even though his first flight in September 1934 exploded, 140 letters from the rocket were recovered, becoming much sought-after collectors’ items. But while Smith even managed to deliver food and chickens via rocket, his experiments were entirely dependent on his own efforts, so when he passed away in 1951 there was no one to pick up the mantle.

And in the end, the lack of official or institutional support for rocket mail meant that it never became a widely used means of delivering post. With the advent of regular airmail and more frequent deliveries, it became redundant, while the risks attached to firing a rocket towards land didn’t help its case either.

Still, rocket mail did leave at least one significant legacy. It may not have been successful in itself, but it did leave a sizable body of collectable stamps in its wake. In fact, many of the early rocket mail experiments were funded by philatelists, who liked the idea of having a new category of rare and limited stamps to collect.

And their assumptions have been proven right, because stamps and letters associated with rocket mail continue to be highly coveted by philatelists and other collectors today. Some letters and postcards flown by rocket mail can sell for several hundreds of pounds, and many – particularly those from India – remain in surprisingly good condition. 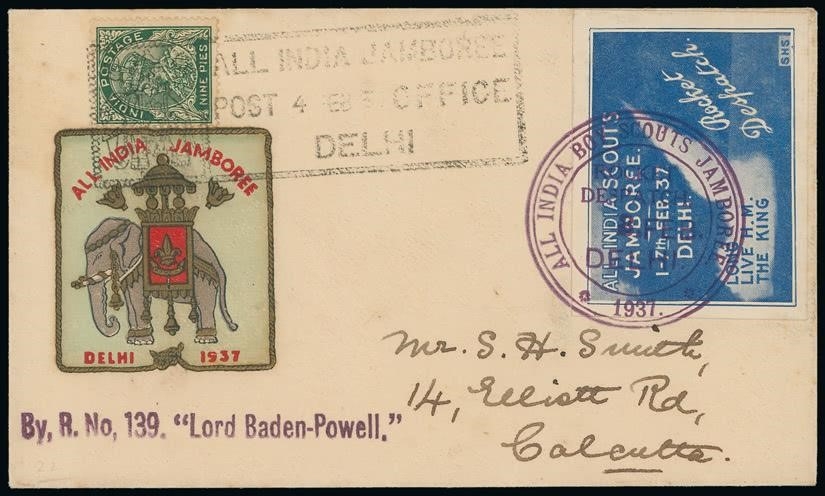 So while rocket mail may never really have gotten off the ground as an idea, it did launch a whole new category of collectables.